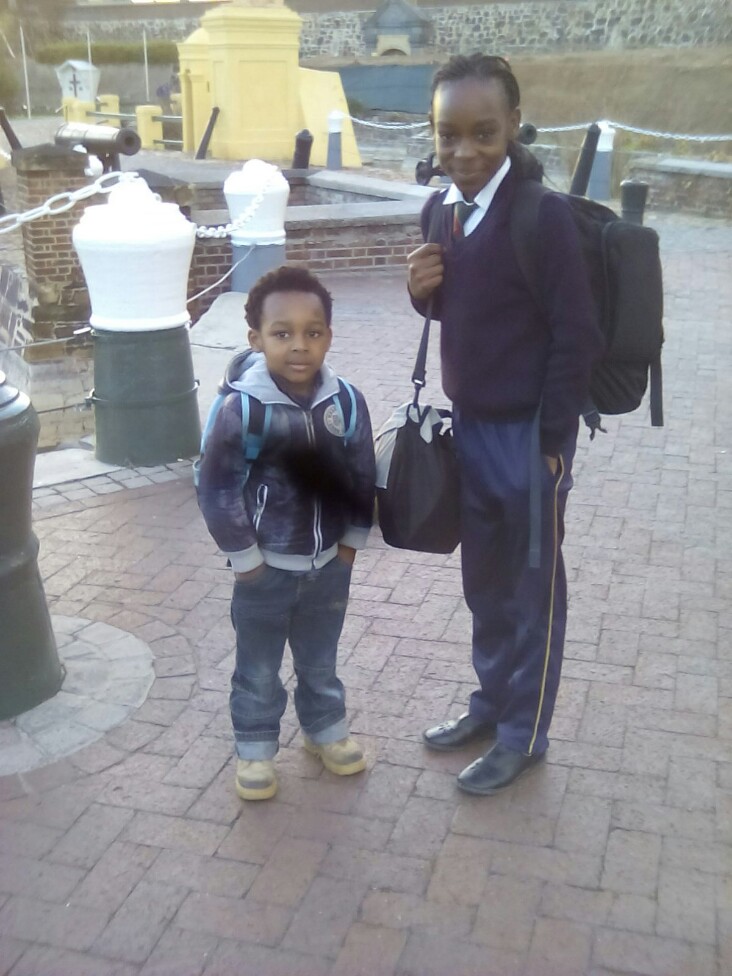 “After school hours, my daughter, Victoria, takes a bus to the creche her younger brother attends. There, I pick them up after my work and take them home. But yesterday (September 30, 2016), things took a different turn. When I arrived at the creche, she was nowhere to be seen. Those from whom I enquired said they hadn’t set their eyes on her. More disturbing, calls to her phone were being sent to voicemail.

Troubled, I began to pray, saying: ‘The God of Prophet T. B. Joshua, let Your favour and mercy locate and protect my daughter wherever she might be in Jesus Christ’s name.’ I went to her school. Nobody was there. I tried to call my wife and tell her what had happened. Her cellphone was switched off. I then dialed the Emmanuel TV line, requesting prayer. This was even before I thought about reporting the matter to the police. The prayer warrior who answered my call reassured me, saying all was well. He encouraged me not to panic, adding that God was in control.

With my little son, I headed to the police station at about 19h30. I narrated the issue to the officers. Together, we made efforts to find my daughter. These yielded no result. The men said the situation was complicated and that they didn’t know where to begin. In my heart, I felt a calmness that God would not fail me.

My daughter often used my phone for chats with her schoolmates. The numbers I discovered were either switched off or in voicemail. Only with one did a call go through. This turned out to be God’s intervention. The girl confirmed that my daughter was in school that morning but later went to the home of a friend. She sent the friend’s number to me. Again, the line was unreachable. I sent some WhatsApp messages. Still, we were unable to find her.

We left the police station at about 22h30. When we arrived home, we prayed along with Prophet T. B. Joshua on Emmanuel TV. We ministered the Morning Water to all corners of the house and cried to God to take care of our daughter.

At about 7 a.m., I received a message from my daughter’s friend, saying Victoria was at her place. I took the house address, jumped into a taxi cab and fetched my daughter. Glory be to our Lord Jesus Christ, the God of T. B. Joshua, who always watches over his word to accomplish it. Emmanuel!”