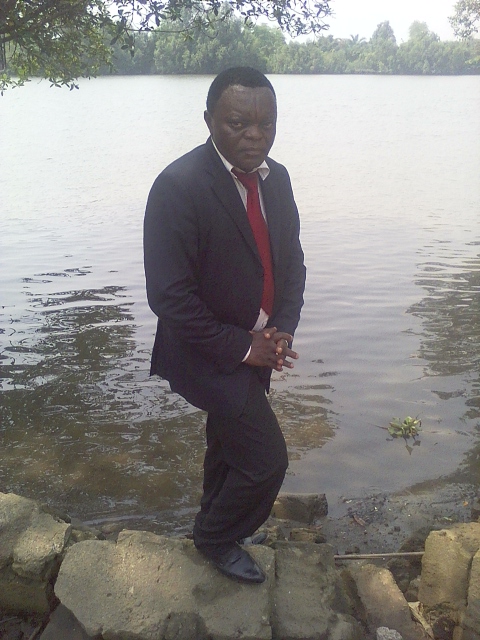 As an Emmanuel TV partner with Partnership Number CM009175, and all the many benefits-spiritual, especially- associated with the partnership, and with the conviction that God dwells in the Synagogue and the voice of God in Prophet T. B. Joshua leads, I knew I could never be in problems without God being present to see me through.

On the 15th of December 2021, I sent a prayer request to SCOAN for prayers to deal with the crisis I was in.

I had completed online educational documents with USAID for a Doctorate Degree, which was confirmed in a signed receipt by the then Secretary of State of United State, John Terry.

With the signed document in confirmation of the institution’s approval, I took the documents to be registered with the Cameroon Medical Council. I was rejected outright and told that my tendered documents were fake.

Fake? I screamed at myself. How can the documents be fake and now rejected when I was certain I went through all the right processes and sources? I persisted to see this through. But it would rather heat up and take another twist.

Rejecting my submission and pronouncing my documents to be fake were bad enough, but what followed was shocking and agonizing, which became the reason why I had to cry out to SCOAN for help and prayer because it is the only source I know where God Almighty is expedient.

I had received a telephone call from the Embassy of my country that the FBI in the USA had issued a warrant of arrest that the Cameroon Embassy should arrest and send me to prison in Cameroon.

Rejection, fake and now arrest? What is happening, God! I had yelled at myself. God, I have not done anything wrong; I went through what I considered the right and legitimate sources to obtain those documents just to be educated and nothing else. Help, I need your help, God!

Below is the response of SCOAN when I solicited for prayer:

“Remember, when you pray according to God’s will, you are assured that He will hear you and if He hears, that is as good as an answer. When you pray in that name, Jesus takes over. Then it is in His care; it is no longer your burden! We want to assure you that what you are praying for has already been done! Your case will not escape the anointing of God, in Jesus’ name!”

That response from SCOAN was the stimulus to the miracle of God in my life.

The following day, I received yet another call that lasted over an hour. The arrest was no longer the point at issue, but that an undertaken would be sent to me to be signed where I would have to agree to pay the sum of $4,980 while US government would have to pay $13,020 to make a total of $18000 the tuition fee.

If that was a threat, I refused to be bothered as I was when the issue first came up because I was now confident that my case was already being tabled before God and actions were being taken.

I had wondered where I was going to lay hands on $4,980! A retiree without a meaningful savings, a housewife, a child and living from hand to mouth, where on earth was I going to get such amount from?

Twenty-four hours went by and soon became one month and seemed the matter had been buried and forgotten. But I would get another call, but this time, the sum of $4,9850 had been chopped off to $500, to be paid within twenty-four hours. This was good enough.

I paid the $500 albeit difficult, to have my peace of mind. The $500 had come through a student I had not met before who wanted me to help with some documentation in my country, Cameroon. She paid 400.000XFA.

THE ICING ON THE CAKE

My countenance after that experience was that of anger. I was broke; for what I knew nothing about; $500 had been taken from me, though I was very grateful for the reduction of the requested amount.

I had visited SCOAN and left with measured and sustained anger, but then, the Messenger of the Light, Prophet T.B. Joshua visited me where I laid down with two my friends.

“You left the church in anger.” The Messenger of the Light queried with a smiling and soft demeanor.

“Because it is my right to be angry.” I replied still angry.

“But is it not your right also to be happy and find joy in the presence of God, where all happiness and joy reside and there is no place for anger? Do you not know that the kind of anger you carry within and allowed to be displayed is yet a scheme of the devil to rob you of your joy and happiness and to prevent you from receiving from the Table of the Father?”

Now, I was quiet and he spoke on. He lowered himself and asked I climb on his back. I was afraid at first, but courage came into me and I climbed onto him. While I was on his back, he said this further to me.

“Anger is unnecessary where it is not helpful and meaningful; neither are helpfulness nor meaningfulness found in whatever anger. See, this that I am doing unto you this day has never been done before to anybody or anywhere; it is special deliverance; it means I am ahead of you in whatever or wherever are your encounter; your problems are mine and I bear them all for your sake.”

All this happened in the dream and since then my life has continued to enjoy many lifts.