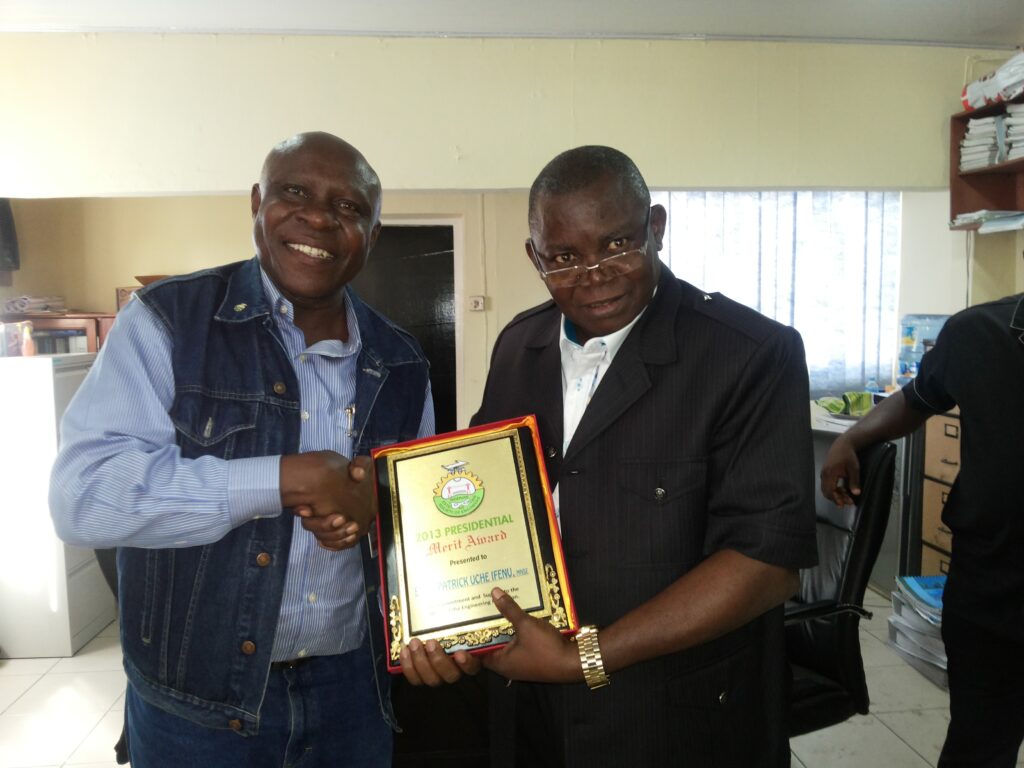 “Greetings in Jesus’ name. My name is Engr. Patrick Uche Ifenu
from Anambra State, Nigeria. Here is my testimony! I faced a situation without hope. It all started after my youth service with the Kaduna Refinery way back in 1986. The government had announced an embargo on employment although it didn’t affect everyone.

“As an Engineer, I had pursued my professional registrations and quickly started private consultancy services to government ministries, agencies and private sectors. I had made landmark achievements in my profession but rather than recognition, I continued to get knocked back. Although my score cards in school distinguished me as a distinction student, I had nothing to show for it. I worked as Task Force chairman on roads and served in several State and Federal government committees but it was always a case of near-success syndrome.

“My middle name is ‘Thomas’ as I only attended church as a routine and wouldn’t attend any other outreach or crusade because I didn’t believe in them – although I was a leader in my Catholic church. I tried my best to keep a clean heart and kept an angry faith that God who sees the hearts shall search me out and bless me one day. And I was heading to 50.

“At this period, someone introduced me to Emmanuel TV but I declined to watch. I was tired of all those boisterous televangelists who have the knack for ebullient pontification, sweating and shouting to bring down my roof! I’d rather marry my Bible. I had a stubborn faith in the Word alone. However, one person and yet another spoke of Emmanuel TV – not on a recommendation basis but rather in a controversy of debate as to whether it is fake or not! So I decided not to be left out in the argument! I went home and watched.

“Brethren, as a scientist, I followed all the loop of the logic and saw simplicity on the far side of complexity. It was no longer ”they say”; I saw.  And strangely too, the Word the Prophet taught became so alive that I could tangibly feel it!

“While still trying to fix my life, God used Prophet T.B. Joshua to visit me in the dream and deliver me. Yet again in another dream he came and prayed for my household and our community.

“As a tenant in my town and with a quit notice in my pocket, I took to my heels to get to The SCOAN, the Arena of Liberty (I was now glued to Emmanuel TV, so I knew the arena liberates). Note please that my aged mother in a wheelchair supported me financially and blessed me for the trip to Lagos. How I got to Lagos with my meagre pocket is a story for another day!

“It was in 2011 and and they used to hold Sunday and Monday services at that period.  To cut the story short, after service on Sunday evening, I received a call from a group who had forgotten me and who I too had forgotten, asking me to use the next available flight which they’ll pay for and come for an appointment on Monday morning, the next day! Like the woman who touched the hem of Jesus’ garment, I was freed – free at last!!

“I ignored the call because I wanted to worship on Monday as well. I prayed with my Morning Water and Sticker, which I was privileged to obtain. The appointment was mysteriously deferred till Wednesday. Brethren, upon coming back, I was remarkably appointed to a new job with generous conditions of engagement! Shortly afterwards, my finances turned around and I was able to build my own house!

“Advice: Wisdom or adage of man is of man and not of God. Jehovah has the final say. If everything comes to a standstill, try JESUS. Try the Arena of Liberty. Don’t forget DISTANCE is not a barrier. You can be there right before the medium on your television, at the comfort of your home!!!”