My Wife SUPERNATURALLY RECOVERED After Collapsing On Flight! 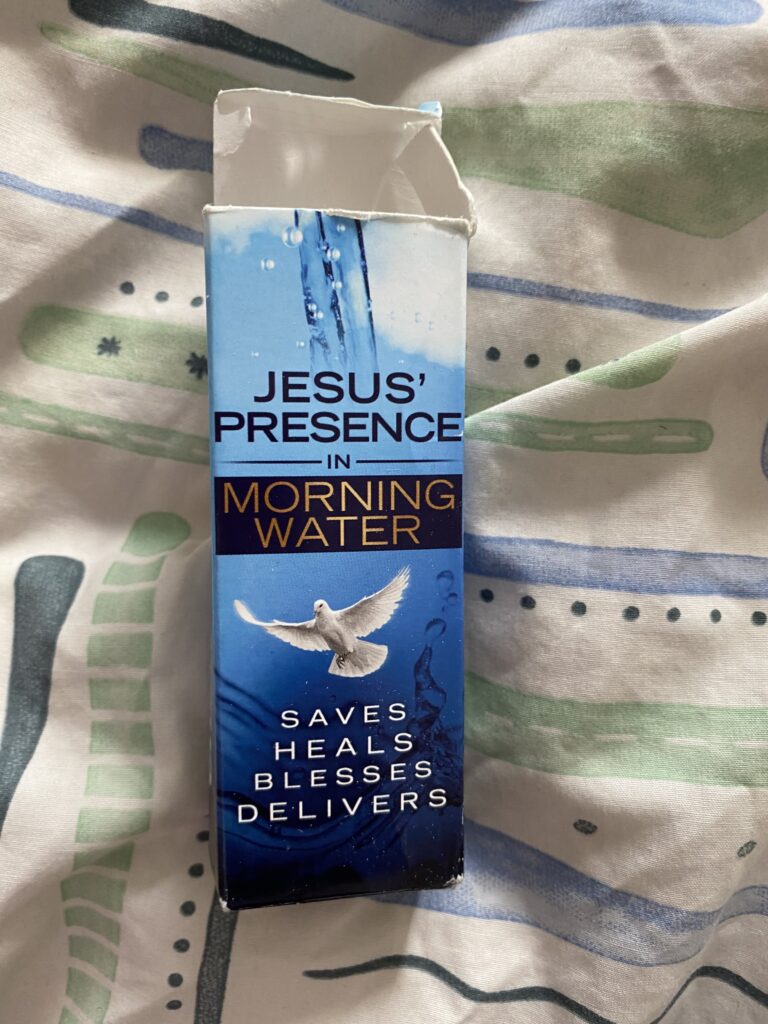 “Good morning. My name is James Johnson from UK. Whilst travelling on a long haul flight, my wife collapsed on the aircraft three hours after taking off. It all started when she said she was not feeling well and would like to use the restroom. She walked to the restroom and a few minutes later, I saw her open the toilet doors and fall straight into the arms of another passenger who wanted to use the toilet.

“My wife passed out at that point and the air stewards rushed to place an oxygen mask on her (I attached a picture). At this point, I was obviously very concerned.  Thank God I had Morning Water with me – so I decided to  minister it on my wife. The very moment I sprayed the Morning Water on her, she opened her eyes!!!

“The airline asked for the assistance of a doctor on board the flight and they also contacted their global medical team remotely. After checking her, they confirmed that my wife had fully recovered! They were monitoring her blood pressure which showed evidence that it initially went very high but started to go down – after I had ministered Morning Water.

“My wife was relocated to the upper class on the aircraft where we both were until landed at our destination. My advice to all is that you should always continue to minister the Morning Water with faith in God as it sets us aside for God’s attention!

“Please join me in praising and thanking the God of TB Joshua who delivered my wife via the medium of Morning Water. Praise God!!!”