“My Son was HEALED By Praying With TB Joshua!” 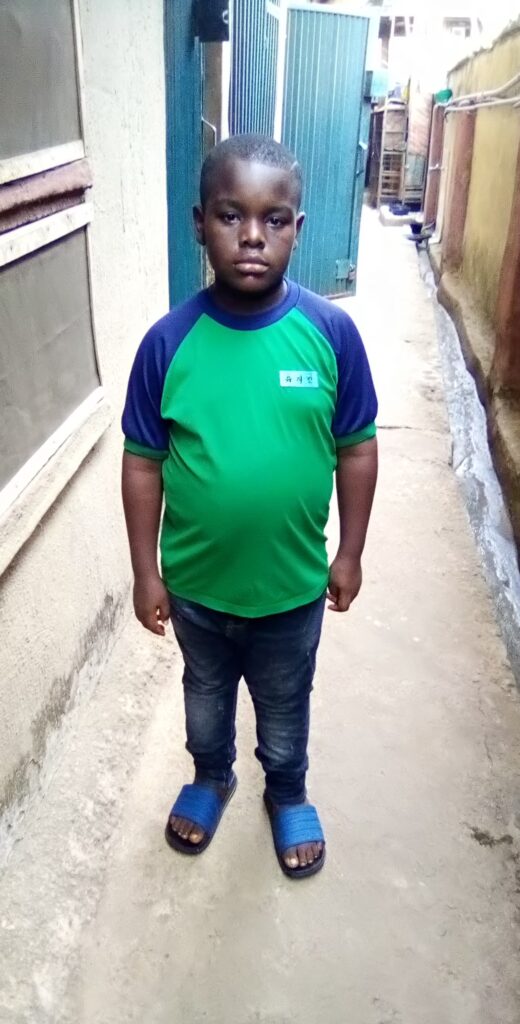 “My name is Sydney Anaegbulem from Imo State. My son, Sydney Caleb Alaezechukwu had been suffering from chronic pneumonia but he was healed by touching the Emmanuel TV screen and praying with T.B. Joshua.

“My son is 11 years old. He has been suffering from the pneumonia since he was 3 months old. He had been on tablets and injections all his life. The medication he was taking even fattened him. At a time, we had to take him to a General Hospital where, after lab tests, the doctor said that we should stop the medication we were giving to him as it was affecting his liver.

“He then changed the prescription but his health became worse. I had to change to another set of medication which he has been taking until today. However, when he touched the screen and prayed along with the Senior Prophet T.B. Joshua, he started stooling and vomiting poisonous substance! The stooling and vomiting continued even when the boy went with his mother to her place of work. After his mother cleaned him up, the thing stopped. Since then, up till today,  he has not taken any tablet again. His body is normal now. He sleeps freely, walks freely and attends school regularly – unlike before now. Thank You, Jesus! My son is healed!”