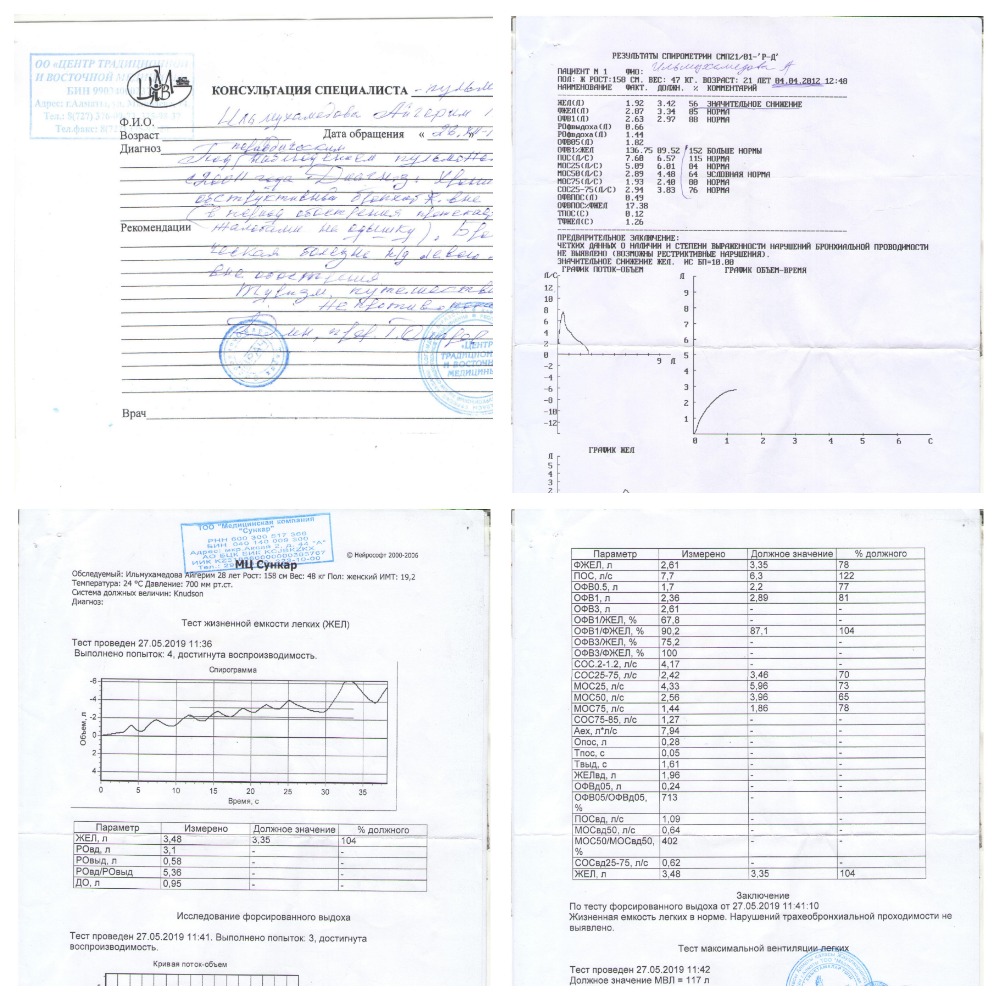 “Emmanuel! Glory be to God! My name is Aigerim Ilmukhamedova. I am 28 years old and I live in Almaty, Republic of Kazakhstan. I want to testify that God did a BIG miracle in my life through visiting The Synagogue Church Of All Nations (SCOAN).

“In 2008, my mother committed suicide and after that, some unclean spirits entered me. One of them was the spirit of suicide – although I didn’t know it at the time. In 2013, the situation with that attack became much worse; I had this chaos in my mind coupled with severe fear. I heard voices speaking to me – voices that were not mine which I couldn’t understand… It was such a nightmare! At this point, the suicidal thoughts became even worse.

“By the grace of God, I met a Christian Pastor who told me to read the Bible and stay with God. However, no matter how hard I tried, I found I could not understand the Bible. I then started to do some spiritual practices – which involved a little occult. I didn’t understand it was not right and thought it was actually about God. Through this, I got possessed with even more unclean spirits between 2017 to 2018. At this time, my father Askar and I were searching for an answer and applying to healers and different spiritual practices.

“God really located me in His mercy to find out about Prophet TB Joshua and I was privileged to visit The Synagogue Church Of All Nations (SCOAN) in February 2019. As the Evangelist Chris started to pray for me, unclean spirits started to manifest! I was delivered from the spirit of suicide and some familiar spirits. After deliverance, I felt relief and joy that I gad never felt before. I understood that it was joy from the Holy Spirit! “I repented of all spiritual practices and started really knowing more about God, by His grace. Since returning to my country, I am now worshipping in a living church and I am so grateful to God! I have another wonderful testimony about my health!

“Since birth, I had problems with my lungs and was always coughing heavily. At the age of 5-6 years, I was diagnosed with bronchial deformities. At the age of 15, I was officially diagnosed with chronic obstructive pulmonary disease and bronchiectasis. So, almost all my life, I have been coughing, producing excess sputum and battling this bronchial obstruction – which made it hard for me to breathe.

“Chronic obstructive pulmonary disease is unusual for my age and is supposed to lead to death from respiratory failure. I have medical reports of different years telling of the diagnosis. The situation was worsening as the years went on. I could not breathe well; even when I tried to breathe, it felt like my lungs were dead. My pulmonologist prescribed me antibiotics when I had severe attacks – usually 6 or more times every year – and the period of “strong” remission was about 2 weeks. Because of the bronchiectasis in different parts of my lungs (that in my case could not be operated) they easily “received” bacteria. The big problem was that after taking antibiotics, the bacteria become resistant to them and I would have to take stronger ones.

“My disease became my nightmare. I could not work because of how serious it was. The only job I had was working in the office alone but I always was very nervous about getting sick and tried to avoid contact with people as much as possible. However, it’s impossible to completely avoid it as you often have to go to the supermarket, ride public transportation, see your friends etc. If I heard somebody cough or smelt somebody smoking, I rushed out of that place, had to hold my breath or even wear a breathing mask.

“For last 5-6 years, I was taking medicine that helped me to cough up sputum and to breathe a little better. Without that medicine, my lungs could not do it. I always felt weak because of lack of oxygen and my immune system was very weak.

“By the great grace of GOD in The Synagogue, when the man of God Chris was praying for me, it was like light and energy filled my lungs! After returning to Almaty, I found that I forgot about my medicines!!! I started to breathe normally; my lungs literally came to life! My immunity became stronger. Many times I had the situations that would have lead to a remission before but I didn’t get sick!

“In May, I went for another medical test and it showed a totally normal lung capacity. It was about 56% in 2012 and the situation was getting worse by the year! So now, I breathe normally!!! I cannot even imagine the magnitude of this miracle! It means I will live till old age (by the grace of God) that I could not imagine before!

“The Lord is MIGHTY! Praise Jesus! Who is like Him? It is impossible to cure this disease – according to the official medical perspective! After coming back to Almaty, I also found that the pain I sometimes had in my liver area during the last several years has also gone.

“In The Synagogue, Church Of All Nations, it was the first time when I felt and could understand that God is alive, that He answers and He loves us! At The SCOAN was the first time I had a revelation from the Holy Spirit. After returning to my country, I found I can better understand TB Joshua’s sermons. It feels like my mind became cleaner and clearer inside. I have now fully converted to Christianity!

“I wish that all the people who have sicknesses are healed! For those who have problems of suicidal thoughts or had suicide in the family, I recommend you go to The Synagogue Church Of All Nations and be delivered. God’s presence is there! To God be the glory. I give thanks to God for The SCOAN, Prophet T.B. Joshua, his ministry, the evangelists and the entire Emmanuel TV family.”