My Daughter Vomited A COIN!!! 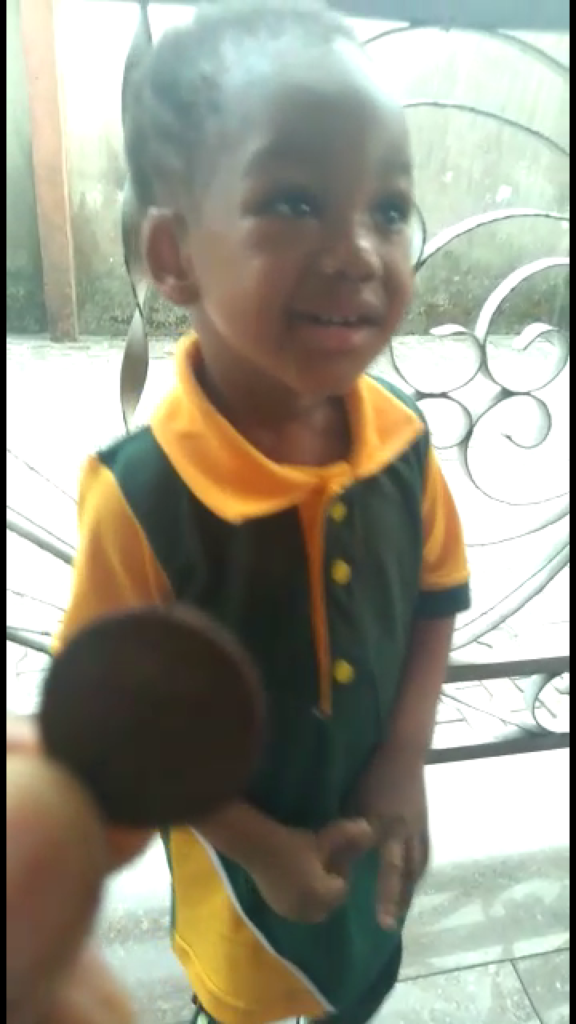 “Good Morning and Win Today! Our names are Mr and Mrs Clinto and Blakk. In September 2019, our little daughter Miss Lady Gianna Clinton Blakk was having difficulties in breathing, eating and losing weight! On a daily basis, she was looking more and more skinny. We went to Braithwaite Memorial Hospital in Port Hharcourt where the doctors diagnosed that she had tonsillitis. She was given antibiotics but there was no relief. We then took her to University of Port Harcourt Teaching Hospital (UPTH) where the doctors confirmed she had an infection of the throat. However, the health issues continued to worsen on a weekly basis, even with the many antibiotics she was taking.  Eventually, the doctors advised she should stop taking the treatment to avoid damage to her brain.

“At this point, we resolved that only God can do it! We began giving our time to watching Emmanuel TV with much devotion and prayer. One night the man of God Senior Prophet TB Joshua was praying, so we carried her to the TV screen and joined in prayer. Prophet TB Joshua declared, “Whatever means satan might have used to connect himself to you – be disconnected!” We prayed that prayer with all our hearts! The next day – on 7th January 2020 –  while my wife was trying to give my daughter a meal, she began struggling as though she was suffocating. Suddenly, she vomited brownish substances with a COIN inside!!! From that moment onwards, she began to regain her weight and hair. She is now looking healthy! Glory be to God! Emmanuel!”