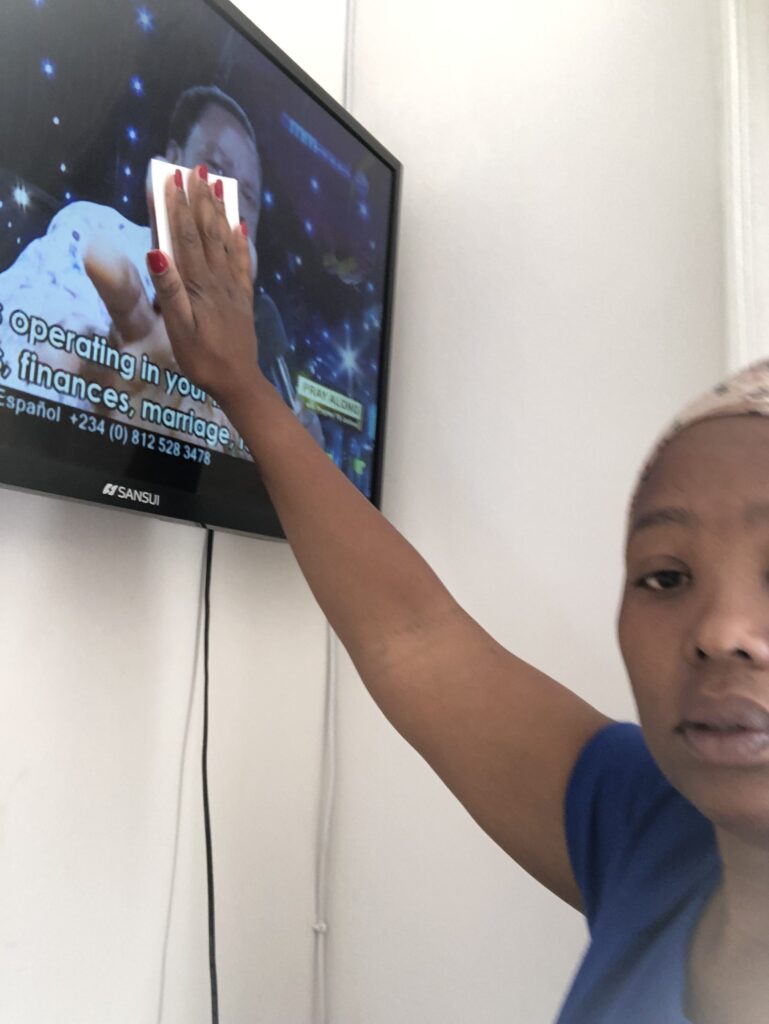 “Good morning! My name is Happy Mubenga from South Africa. Distance is indeed not a barrier! People of God, I want to testify about the goodness of  Jesus Christ in the life of my husband! He was rushed to the hospital due to high sugar levels and low blood pressure. At that time, we did not know he was diabetic. His condition was so critical that he could not talk or walk.

“He was immediately taken to the resuscitation ward as he went into a diabetic coma  I was told that he would likely not survive. He was put on a cardiac monitoring machine and oxygen. When I was allowed to see him, I immediately began to minister Morning Water on him which I received during a visit to The SCOAN. I also had Prophet T.B. Joshua’s viewers prayer on my phone. I placed it on my husband’s ear even though they told me he was in a coma and wouldn’t be able to hear – but I kept my faith. At this point, his sugar levels were extremely high; even the machine could not read how high it was. Because of this and his low blood pressure, the doctors thought he had suffered a stroke.

“I persisted in ministering Morning Water on him every time I was allowed into the ward. By God’s grace, he suddenly started breathing on his own and they removed the oxygen. After a few hours, he came out of the coma and he was taken to a normal ward where I continued to minister Morning Water and pray with Prophet TB Joshua with the video on my phone. Miraculously, my husband started responding to treatment, his sugar level suddenly started to go down and he started to regain his memory. By the third week, he fully recovered!

“While he was in hospital, I had Emmanuel TV on 24/7 at home. I would pray with Prophet TB Joshua anytime he prayed for the viewers. I would put my husband’s picture on the TV screen with faith that God Almighty is touching my husband in hospital! Distance is indeed not a barrier! My husband is back home. It is now three months and his sugar level is normal! This is a person who the doctors had already concluded wouldn’t make it but God Almighty used the medium of Morning Water to bring him back to life! People of God, believe that whatever the man of God Prophet TB Joshua gives us is anointed. God is indeed at The SCOAN! Good morning!!”