Miraculous Changes After Visiting The SCOAN!!! 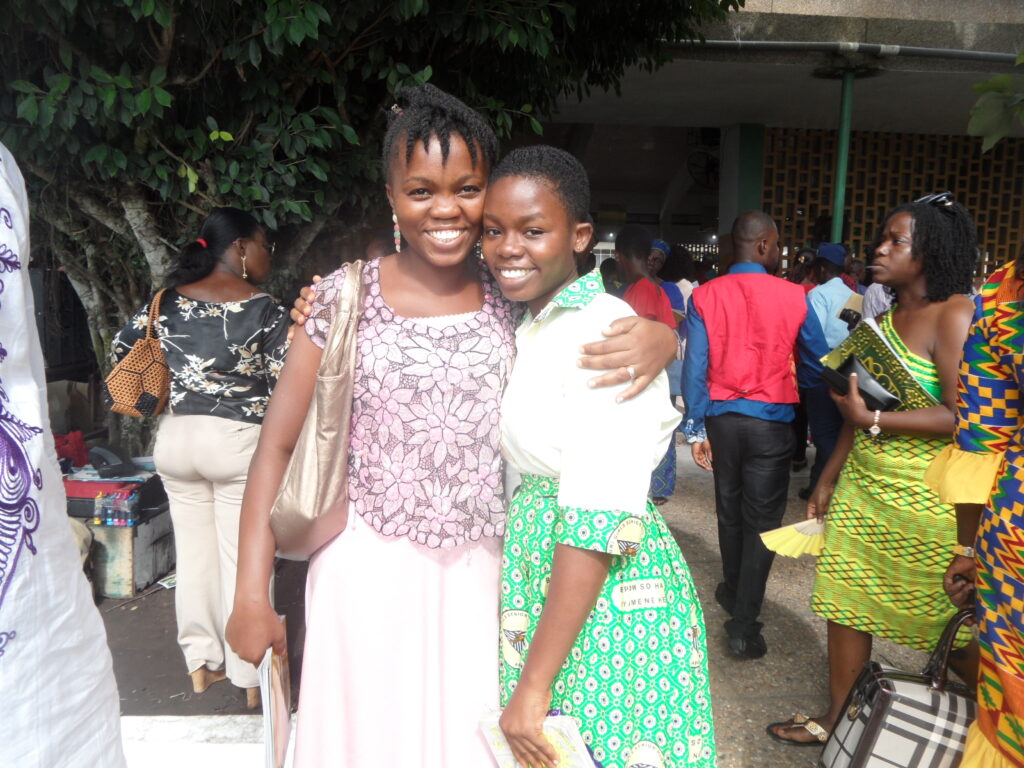 “Good morning. My name is Evelyn Benjamin-Sampson. My daughter, Sarah, suffered affliction right from childhood. She exhibited timidity, low self-image, disrespect, envy and rudeness among others. Her academic performance was so low and she was suicidal. She was always in conflict with her siblings, snubbing her parents and creating chaos in the family.
Whilst a teenager, she hinted me of her suicidal drive and the number of times she had attempted to commit suicide.

“According to her, many times, a voice would tell her to throw herself under a moving car, stab herself or eat poison. She told me she ate poisonous substance once and later combined many tablets of paracetamol and swallowed them. Because of God’s goodness, these attempts to kill herself proved futile. The last one happened right before me. I was prompted to rush to her room at the very moment she was about to drink a mixture of poison. It became evident that demons were behind her behaviour. It manifested openly when I angrily spoke to the demon behind her actions, telling me it will kill her!

“Upon following Emmanuel TV and what God is doing at The SCOAN, I finally asked her to go there with a friend from Ghana. I wanted God to intervene with the anointing upon His servant – Prophet T. B. Joshua. God had revealed to me how unique His anointing upon him is because of his level of faith. Moreover, at this point, Sarah was planning to get married and those of us who knew her were so afraid she might not make it because of her recurrent strange behaviour and unpleasant moods.

“Upon arriving at The SCOAN in December last year, in the very last week of the month, she didn’t reveal the real issues for her to be on the prayer line. She only indicated that her swollen feet brought her there. On the outside, nothing ‘seemed’ to happen and after the Sunday service, she traveled back to Ghana. When as a family, we found out that she was not attended to on the prayer line, it was as if we had spent money to send her to The SCOAN in vain. I however quickly confessed that once she had stepped into that premises, I believe she had been taken care of by angels who would minister to her and even follow her back home!

“Indeed, when she returned, we began to see improvement each day in her behaviour. She began exhibiting a normal relationship with her siblings – full of love. Finally, all the adverse behaviour vanished. She is now married, living happily with her husband. Indeed, she seemed to go unnoticed at The SCOAN but Jesus noticed her and did silent deliverance of which the results are evident to anybody who knew her before! To God be the Glory!!! My advice to those who go to pray at The SCOAN is that, once they step into the Arena of Liberty, whether touched or not, they should believe they will never be the same again! The answer is simple – to have faith in God!”