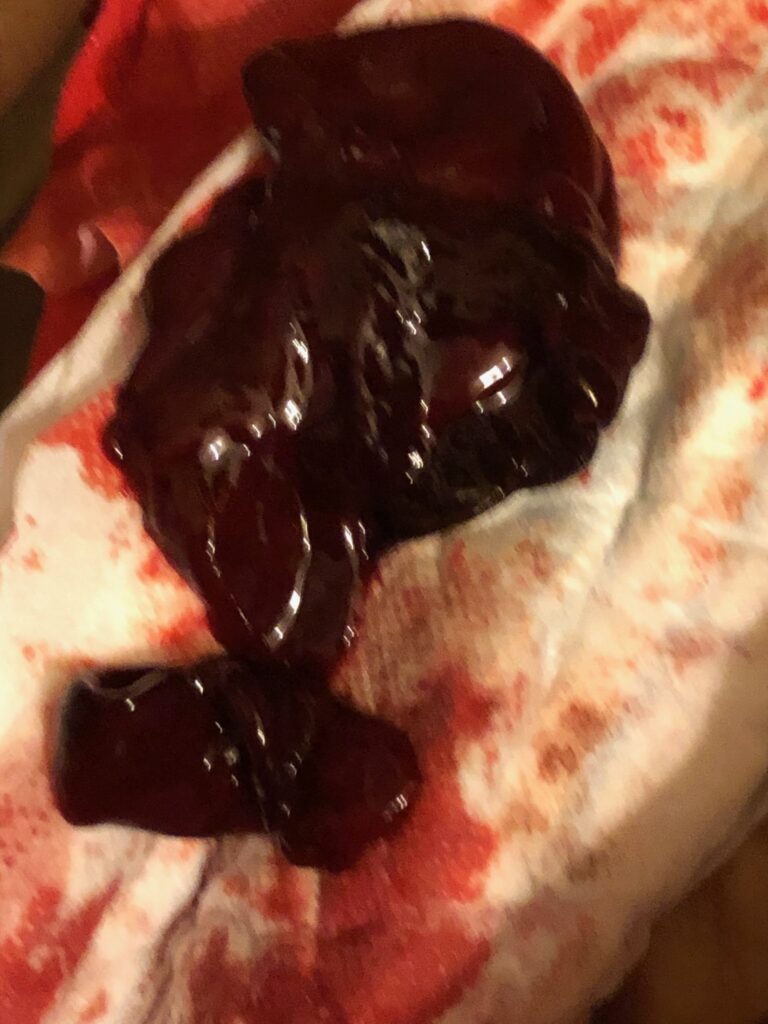 “My name is Juan Broomes. I am 51 years of age and I am from Barbados. I was suffering from multiple fibroids for many years. I was told this by my doctor when I was pregnant with my son 29 years ago.

For many years I ignored the fact even though I had many symptoms such as heavy periods, frequent urination, stiffness and a hardness in my abdomen, pain sometimes and a huge stomach.

Some time later I went back to the doctor. He did an ultra sound and told me they were growing. He advised me, at my age, to have a hysterectomy because when you just have a common operation procedure to remove them, they usually grow back.

The cost to have it done was expensive and apart from that, I was thinking about who would assist me and my two children after such an operation. I live on a hill which would make it very difficult for me to continue my ‘after care’ with the doctor, so I continued to ignore the medical advice and bear whatever symptoms.

I came across Emmanuel TV while surfing the Internet and it became a part of my life. I started praying along with Prophet TB Joshua. Every time there was prayer for viewers, I would also pray along. I remembered I always would say to my daughter, ‘Don’t worry – a day is coming when all these fibroids will drop out!’

After praying with Emmanuel TV on the 27th of December 2019, I was having a period and I had a strong urge to urinate. When I was on my way to the bathroom I felt this huge object making its way down my passage. By the time I sat on the toilet, it dropped out! This continued until the 31st of December. All day and night, my body was expelling these huge fibrous objects.

There were between 30 to 40 pieces that fell out! I believed that they were so big that they had to break up in pieces in order to come out. For a total of five days, my body was expelling these objects all through the day and night without any pain.

On the 29th of December during the night, I sat on the toilet and when I got up all of my strength was gone. I was so weak. I had to rest my body on the sink in order to wash my hands. To walk 10 feet from the bed to the toilet was a big challenge. I was very weak to the point I couldn’t walk upright anymore; this caused me to resort to the bed totally. This was from the 29th to the 31st of December until all the fibroids had fallen out!

God is so good! Although my periods continued for a few more days, I quickly regained my strength; my daughter was so surprised. Right now, I am free! No more symptoms and my stomach is no longer hard. Many thanks and praise be to God who made it possible through the Man of God Prophet T B. Joshua. Amen. Emmanuel!!!”