Harvests Of Blessings Since I Began Watching Emmanuel TV 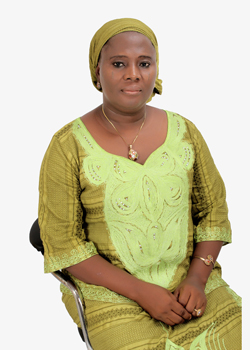 The year 2010 is one Felicia Obed Kango from Minna, Niger State, Nigeria, will always remember. It was when she encountered Emmanuel TV and also realised why it pays to pray along with the Man of God, Prophet T. B. Joshua. She has no regret for the discovery, only praise to God for a catalogue of favour. According to her, “The Lord has set me free from all kinds of sicknesses and diseases, and granted me breakthrough in every aspect of my life. May His name alone be praised!”

Like Johnson Oatman Jr’s song – Count your blessings – Felicia lists the good things she has received from God: ”The Lord set free from death and gave me a new life. He delivered me from a serious headache that almost took away my eyesight; now I can read and write without glasses. He delivered me from a stomach ache that left my belly like that of a pregnant woman in her ninth month. I ministered the Morning Water and afterward discharged a worm-like substance. Since then, the pain has disappeared and the swelling has been going down gradually.

”He delivered me from breathing difficulty. I also had problem with stooling and urinating. But now, I am free. God also saved my life from a fire outbreak. In 2012, I was privileged to travel to Japan for a training programme, which resulted in promotion and financial increase. In 2014, God blessed me with a new Peugeot 307 car. He also delivered my brother from mental problem and granted a safe delivery to two of my siblings. The blessings are too many to even mention!”