There Were Gunshots, Explosions Everywhere But I Escaped! 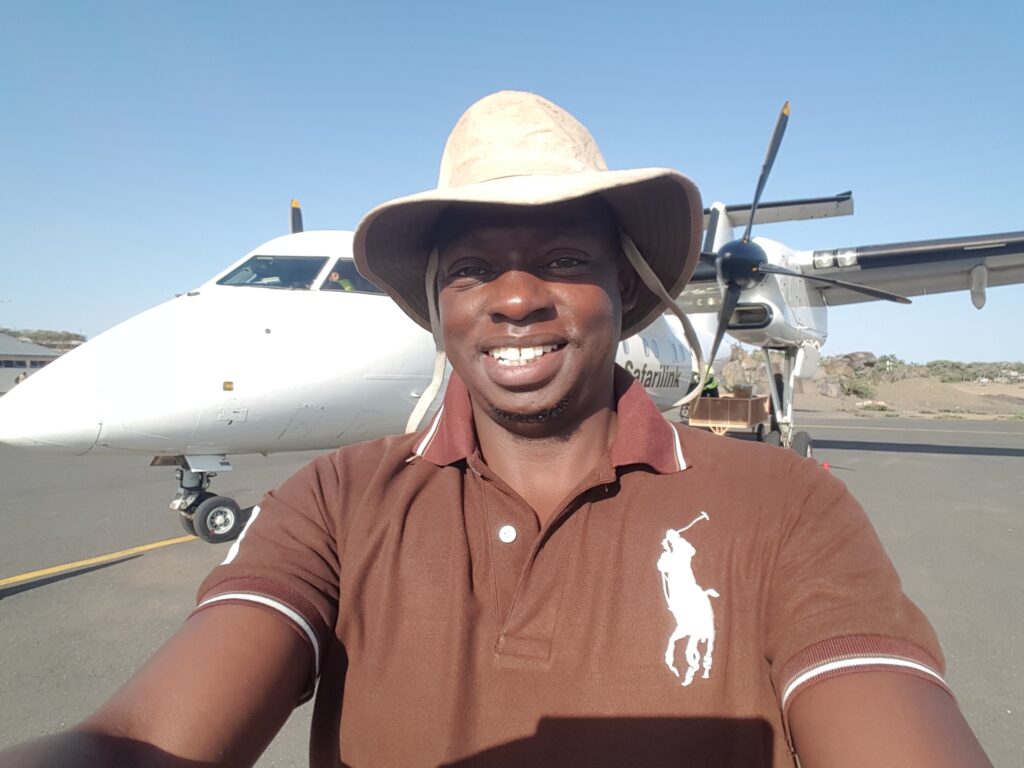 Bloodthirsty soldiers, in a dream, ran after him. Then Prophet T.B. Joshua appeared twice. A week after, Simon Matiri Munene, photojournalist and cameraman for an international news organisation, was caught in a fierce gun battle that left “a lot of people” dead. He shares the story of his amazing escape and the role he knows praying with the Man of God on Emmanuel TV played.

“I saw myself in a city where fighting was going on. The soldiers were tall, dark men. They pursued me, as I fled for dear life. They were so determined to get me. They fired their assault rifles at me. When they ran out of bullets, they switched to karate. As the dream came to an end, I saw Prophet T. B. Joshua. He was full of power. He re-appeared a second time. Both times, I received strength. Then I woke up.

On July 8, 2016, a week after the dream, I needed to travel to Juba, the capital of South Sudan, for an assignment. I arrived 9 a.m., having taken an early morning flight from Nairobi, Kenya, where I lived. At around 1 p.m., my colleagues and I were asked to move to the office of the president. I noticed that the South Sudanese are dark and tall. We arrived state house around 2 p.m., had our equipment checked by security personnel, and were ushered into a room, preparatory to a media conference. We had heard that President Salva Kiir and Vice President Riek Machar would jointly address the conference. We began the long wait.

But by  5.30 p.m., a different thing happened altogether. Without warning, heavy gunshots rent the air. We hurriedly laid on the floor, as explosions rocked the earth. Boots could be heard stomping outside the conference room. The battle raged until after 7 p.m. As we stepped out of our hiding places, we saw several dead bodies on the premises and fierce-looking soldiers milling around.

We learnt that guards loyal to Machar had attacked Kiir’s men. The president’s troops, however, had pushed them back and secured the premises. Fighting continued in parts of the town, making the streets unsafe. We could, therefore, not leave the state house immediately. At 1 a.m., the following day, we returned to our hotel, Logali House, escorted by soldiers. I was evacuated July 12 and flown back to Nairobi.

I give glory to God because from my arrival in South Sudan to the time I departed, no weapon fashioned against me succeeded. A lot of people died but I was spared. I know that touching the screen and praying with the Man of God on Emmanuel TV was instrumental in my protection. It also confirms to me that Prophet T. B. Joshua is a true man of God.”