‘Doctors Were Dumbfounded As Scans Revealed No Broken Bone!’ 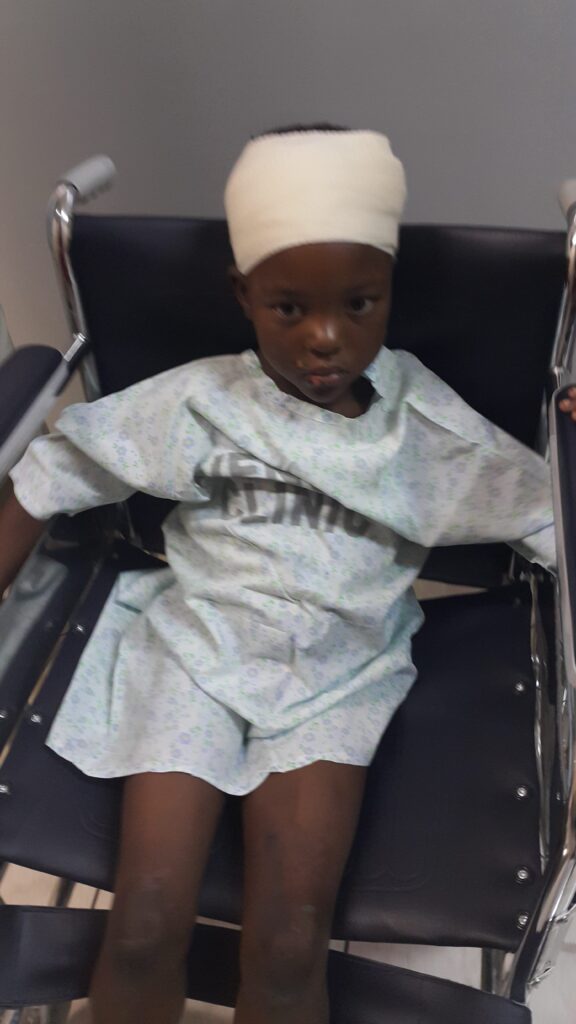 The calmness of the day didn’t betray any danger. In the classrooms behind the fence, pupils sang excitedly. Others repeated loudly what their teachers were saying. Their vibrant voices wafted through the air and rested in the ears of parents and guardians glancing at their wrist watches, waiting to pick up Junior and Jane.

Meikles Moyo parked close to the gate. He had picked his youngest child from her school and had come to Harare Central to get her sister. Schoolbag slung over her shoulder, the girl walked through the open gate. She hadn’t spotted her father yet. But wherever he was, she knew her nimble steps would find him.

Meikles had a policy. At prayer time, he administers the Morning Water on himself, his wife, and three children before taking them to school. On this fateful day, November 10, 2016, he didn’t forget the important spiritual strategy.

Few persons saw it coming. Fewer still saw the moment it happened. A car came to a screeching halt. Its driver had flown over a Zebra crossing. The wailings that followed would never have been louder were the object under the vehicle not a human – Meikles’ precious daughter, run over and dragged metres by a reckless driver!

Thoughts, like violent flames, raced bizarrely across Meikles’ mind, threatening to scald his senses. He tried to wake up from the dream. But it was no dream. His eyes fell on the bloodstains on the hard road surface; a grisly trail that led to the bottom of the car. It was his own blood! His life! There was palpable agony in his cry.

People dashed to the spot. It was a decisive moment. It called for a decisive reaction. Meikles knew this: he began to pray and confess that the girl would be all right. Hands heaved the car aside. The little girl had been hit with deadly force. She was motionless.

The sympathisers didn’t expect it. No sooner had the vehicle been moved aside than the girl let out a cry. “I knew the worst was over; my child was alive! I started to praise the Lord,” said Meikles.

“Parents feared the girl might have sustained fractures. But I became emboldened and full of faith. I was anxious to take her to the nearest hospital because she was bleeding profusely. Some tried to dissuade me, believing I was still under shock and couldn’t drive. I took her in my arms and rushed her to the hospital.”

Meikles continued to pray and praise God for saving the child. On seeing her condition, the staff allowed him to use a gate reserved for ambulances, so that the child could be attended to urgently. Doctors and nurses began to care for the girl, even before finding out whether he had the means to pay for the treatment.

Multiple X-rays and CT scans were done. The results, however, left the doctors and nurses dumbfounded. They found no broken bone or fracture! “I knew the God of Prophet T. B. Joshua had intervened,” said Meikles.

“I disclosed the matter to my wife only after the situation had become calm. She could not believe the story or the results either. The doctors wanted the child hospitalised till the following day but we refused. We were confident that God had already given us victory. We took her home the same day, bandaged all over. We continued to minister the Morning Water on the wounds and checked in daily for her dressing procedures. To the glory of God, her injuries healed very fast.’’

Excited about his daughter’s escape from the hands of death and amazing recovery, Meikles is thankful to God for ‘‘the miracle through the medium of the Morning Water.”

Have you used the Morning Water today?