‘My Doctor Confessed There Was Nothing Else He Could Do’­­ 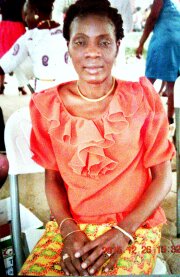 She had heard the doctor say many things. But she wasn’t prepared for this. Standing over her, he fidgeted with his stethoscope. It seemed he was avoiding her eyes. ”Mrs. Mabel Wagba,” he began. She waited. ”I must confess, there isn’t much I think we can do to save you,” he said.

Silence dropped on the room. In Mabel’s mind a storm of confusion had begun to gather, threatening to unleash waves of despair on her soul.

The doctor wasn’t finished. He cleared his throat. His next words flushed hot tears to her eyes. ”Mrs. Mabel,” he said, “I will advise, under this circumstance, that you resort to prayers. I think the earlier you begin, the better.”

She understood fully. It was a junction she dreaded the most. Now, she had arrived there. The grim journey started when her husband returned home one evening in June. The aroma of the fried plantain he brought tickled her nostrils. To the eyes, it looked inviting. To the stomach, it wasn’t. Mabel woke up the next morning feeling terribly upset in her tummy. It was the beginning of sorrows; a nightmare that would torment her body for months.

“I could barely eat anything,’’ she said. “I lost weight greatly. I received intravenous infusions frequently, to gain energy. I was also diagnosed as having high blood pressure and was always visiting the hospital every week, to stabilise the condition. I was so weak; I couldn’t stand up. I couldn’t perform any household chores. My mother had to help out with caring for the children. As my health deteriorated further, she became unable to cope with the burden and passed away in September 2015.”

April 18, 2016. A stone’s throw from the grave, a frail-looking woman waited patiently for her turn to be prayed for at the Synagogue, Church Of All Nations (SCOAN). A certain man was moving past a line of people, ministering under the anointing of the Holy Spirit. He touched the heads of some. On others, he delivered a tap to the shoulder, the stomach, the leg… There was something unusual about his touch. She witnessed people throwing their hands up in the air, testifying they had been healed and instantly too! She was puzzled. “What would happen if he placed his hand on me?” she thought.

Then the man touched her!

She didn’t have to wonder anymore. She felt a power course through her body! She knew instantly that something had happened. She had been healed! Twelve months of pain had come to an end suddenly!

“To God be the glory! I was put on the prayer line, after a counselling session. It was where my destiny was rewritten! I give thanks to the Lord Jesus Christ, and to his humble servant,’’ Mabel testified. Ever since that Divine encounter, Mabel’s appetite was remarkably restored! She began picking up weight and returning to all activities she had previously disengaged from due to the pain.

Still wondering who touched her? Jesus Christ – through the prayer of Prophet T. B. Joshua!

Have faith in God!