My Dislocated Wrist Was Healed Through The Faith Bracelet, Morning Water! 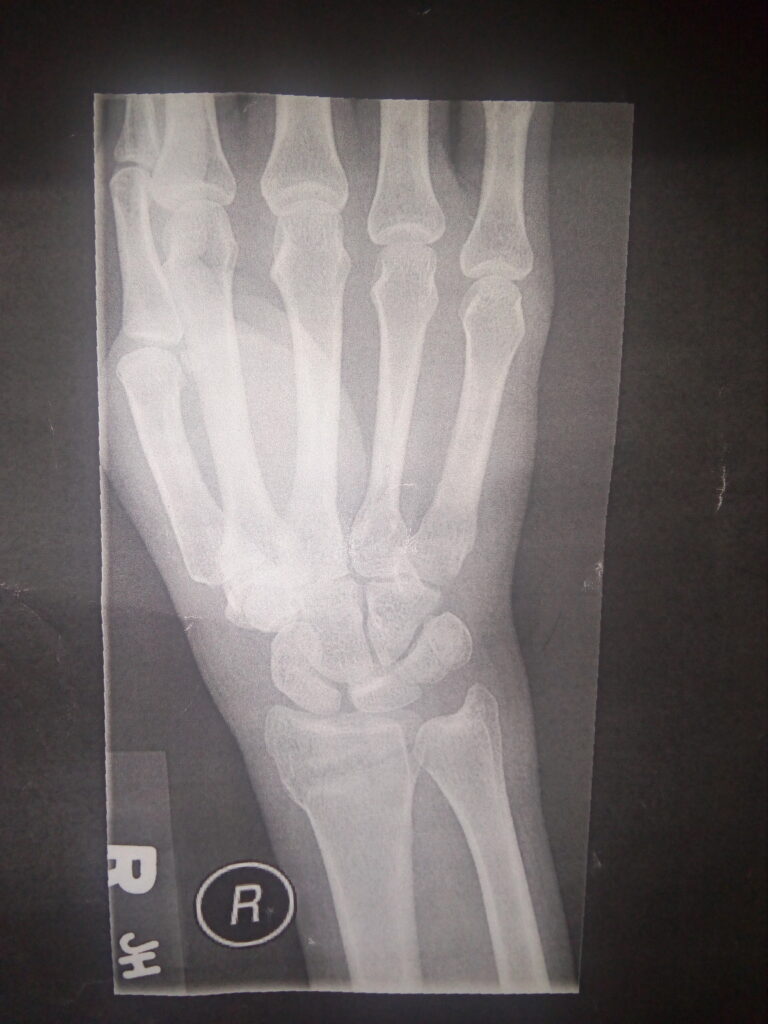 A slip on a snowy day leaves Mrs. Faskalina Joseph with a dislocated wrist. She uses a most unusual first aid. Find out what happened next…

She had barely stepped out of the car when she hit the ground with a thud, slamming her wrist against concrete. The weather had been treacherous, shrouding North Dakota in ice and snow. Mrs. Faskalina Joseph had come to school to pick up her daughter. Now she would have to return home with the girl – and sadly with a ”twisted wrist”.

Faskalina turned to a most unusual first aid: “Immediately, I started praying with my Faith Bracelet.” She picked up the girl and got back in the car. She prayed again. The roads were slippery and dangerous. Her hand was swelling. The pain had begun and was fast becoming unbearable.

“What happened? Are you okay?” he asked perplexed.

“I slipped on the ice and hurt my wrist badly! It’s twisted! It’s hurts terribly! Hurry!”

She struggled to keep her hand still, as he sprayed the Morning Water on it. “Let’s have faith in God,” she said, face contorted with discomfort.

After about 30 seconds, she began to feel heat on her hand. The swelling was going down. The pain was subsiding. A short while later, the torture was nowhere to be found! Greatly relieved, “I just stayed at home and relaxed,” Faskalina said.

Strangely, at around 11 p.m., the swelling began to increase. She rushed to the hospital where an X-ray surprised the doctor, who found her carpal bones were dislocated. So, why wasn’t she having pain? There would be another surprise for the medical staff.

Faskalina walked in for another X-ray. “They had told me they were going to do a surgery,” she said. ”But when they looked at the result, they saw that there was no need. The bones were slowly returning to their positions! Glory be to God!”