Delivered From The Spirit Of BEDWETTING!!! 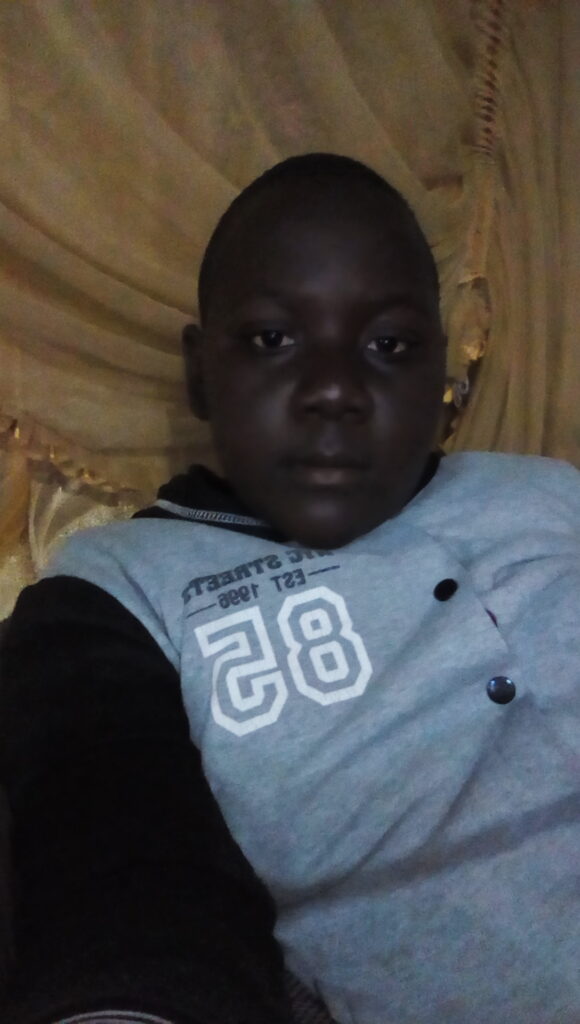 “My names are Misozi Luhana and my son is Madalitso Lungu from Zambia. The specific problem my son had was the spirit of bedwetting. This problem really affected him so much that he was failing to go visit other relatives or even have sleepovers during school activities. He would wet the bed several times in the night. I didn’t take him anywhere for solution but tried to wake him up every-night so that he does not bed wet – but to no avail. I discovered Emmanuel TV through my sister.

“My son received his miracle when I visited The SCOAN in August 2019. I was privileged to be part of the Living Water Service. I carried the Living Water back home and gave to all my family members. To God be the Glory, after a day my son stopped bedwetting! I want to thank God for delivering my son from the spirit of bedwetting. After the deliverance, my son has been so free to visit other places – a thing he could not do before.

“Not only was my son delivered from the spirit of bedwetting, my daughter Taonga Lungu was also constantly having attacks and she could collapse and pass out for some time. However, after I visited The SCOAN with her in July 2018, to God be the glory, the attacks have ceased.

“Before then it was difficult to leave her home or even send her anywhere alone. the attacks started when she was in boarding school in her final Grade at Secondary School. It was really had coping with the new situation in her life. She would collapse at school and her friends started calling her a satanist. This made me cry and she would cry as well.

“The first time she collapsed, she was in coma for five days and all hope was lost. On the fifth day, a nurse from the hospital were my daughter was admitted requested that she prays for my daughter. I told her that I actually needed prayers. She prayed for her and ministered the Morning Water. To God be the glory, barely five minutes after the prayer, my daughter woke up and started asking for food! She couldn’t even remember what had happened to her. She had not eaten for 5 days.

“When she wrote her exams after studying so hard, she would dream of an old woman telling her that she was wasting time studying and would fail. When the results came out, she would fail everything. As a family, we kept on encouraging her. At times when attacked by this same spirit, she would write on paper that she had become deaf and dumb. She couldn’t talk or hear anything.

“Sometimes, after the attack you could see her responding to the spirits that she was going to disclose to me what they were telling her. Forcing her to disclose the discussion proved futile.

“But to God be the glory – after The SCOAN visit in 2018, my daughter is perfectly OK! Her performance is now fine at school. She managed to finally rewrite her examinations and passed. She is now pursuing her studies in nursing and she is doing so well. I bless the name of our Maser Jesus Christ! Please continue to put our family in prayers to ensure that we make the Word of God the standard for our lives! EMMANUEL!”