Delivered From Spirit Of LUST!!! 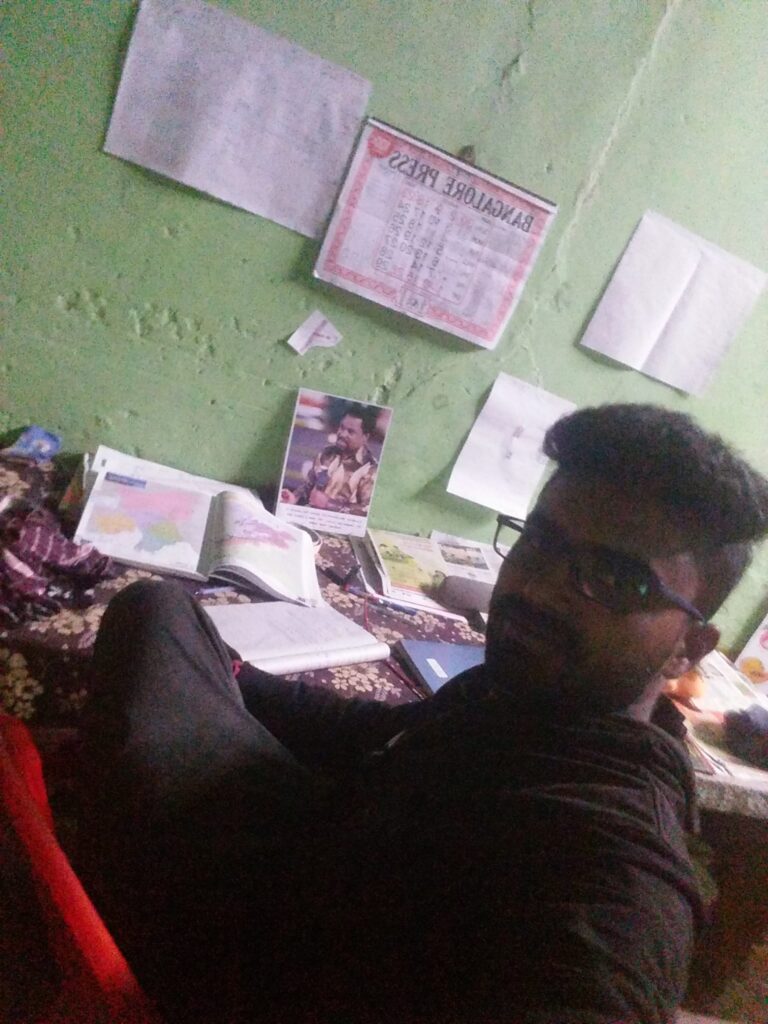 Good Morning and Win Today. I am Uday Kumar. I’m 25 years old from Bangalore in India. I have an MSc in Environmental Science. For the past 12 years, I have suffered from an addiction to masturbation, lust and womanising. 24/7, my mind was around these thoughts. The intensity was so extreme that I must surrender to whatever it dictated me! This affected my personal as well as my social life. I was depressed, confused, lacked confidence to make any decisions, suffered from an inferiority complex and was always pitying myself. These thoughts were so constant and random that I was not able to focus on anything at all but between them. At some point I used to have a desire to be free from this and live a holy life as God expects me.

However, when I tried myself mentally to stop this urge, I was only successful in doing this for a few days or weeks.  There was nothing to be happy about because it would eventually became worse. The more I stopped it, the more I became ‘mentally ill’. I was not able to focus on anything and always scared about when these thoughts would strike me and push me to commit sin against God. This made me feel insecure and depressed!

During these days, I fasted, prayed and received counselling from many prayer centres. Many pastors assisted me but it was all in vain. Everything worked for a short time but this urge would return when I was not even expecting it. By watching some YouTube videos on how to walk with God and hear God, I started to wake up in the early morning by 2am to be quiet before God. According to the video, this was the time when God would purify my soul. I tried it for six months but nothing worked – I was still the same person as when I began. This battle went on for years and I was about to come to the conclusion that it was impossible to live right as a human being. I began to think it was just a way of life and it was ordinary for a man to have this behaviour.

One very good day, I came home around 10pm from college at Bangalore City, which is very far from my village. I saw 3 DVD’s on the Table which I had never seen before. I played them while having dinner. To my surprise,
I saw the lame walking, people with leprosy being healed, deadly cancerous fluids coming out, demons screaming and coming out and accurate prophecy about people! I got goosebumps while watch and even went blank for a while in shock!

I went to Google and YouTube to find out more about this person. It was Prophet TB Joshua and Emmanuel TV! It gave me great hope that God is still alive and He is working out the answers in people’s lives. I started watching SCOAN videos continuously again and again. This made my heart quiet, calm and relaxed. Although this urge did not stop immediately, the intensity started decreasing.

Because of this I started Emmanuel TV more and more. I sometimes would watch for the whole night. In fact, I became totally addicted to the videos of Prophet TB Joshua. I became more spiritually sound but this urge still persisted and tried to disturb me here and there.  I was thinking how to come out of it completely, also there was peace in my heart saying it is over.

During this period, one important sermon from Prophet TB Joshua struck my heart – don’t run away from God when you commit a mistake; instead, run to God. This sermon changed my heart! Each time I was tempted or committed error, I went to God and depended on him the more to receive strength to overcome sin.

During this time, I had a dream in which I saw Prophet TB Joshua standing and I was very shy and trying to hide from him. I didn’t understand what this dream was all about and felt bad that I was unable to talk to the prophet in that dream. However, my desire for God’s Word and watching the sermons of the prophet increased! I had many spiritual encounters where some evil spirits tried to attack me in the dream but I was able to call Jesus. I started meditating on each word spoken by prophet and finally they started influencing my thinking, behaviour and impacted my character. The urge completely decreased but still there was around 10% which I felt was still hidden in my heart.

In the month of November 2019, the prophet gave a sermon where he explained how much we need God to sit, eat, look, breathe, sleep, greet and to do all things. He said, ‘Thank You Jesus’ was the secret of his ministry. This inspired me greatly and I started cultivating this habit of saying, ‘Thank You, Jesus’ and continued it for a whole month! Sometimes, I wrote it on my hand or on the wall so that I wouldn’t forget.

After a long struggle, Jesus has opened my relationship with Him to a new chapter I never expected! All the lustful urges have stopped after this habit became a part of me! I started having dreams where the prophet would share the word with me and sometimes pray for me. Whenever an evil spirit would come to attack my heart, I now call the name of Jesus and I have victory. I have become very bold in my talking and walking. My heart became very calm – it’s very very light as if flying in air! Now, I am totally free and always filled with the peace of God! I know the Spirit of God us there to guide me in each circumstances – what to be done and how it should be done!

ADVICE:
1) Make a commitment to yourself to live right for God .
2) Listen to each and every word of Prophet TB Joshua carefully and meditate on it again and again. No matter your level of understanding, make sure it has become part of you.
3) Desire holiness and create a habit for yourself because habit is a gift from God!
4) Cultivate spiritual discipline.

I bless and give all the glory to God for setting me free and for giving Prophet TB Joshua as a gift and blessing to our generation. I thank God for Emmanuel TV. Thank You, Jesus!!! 😍😍😍