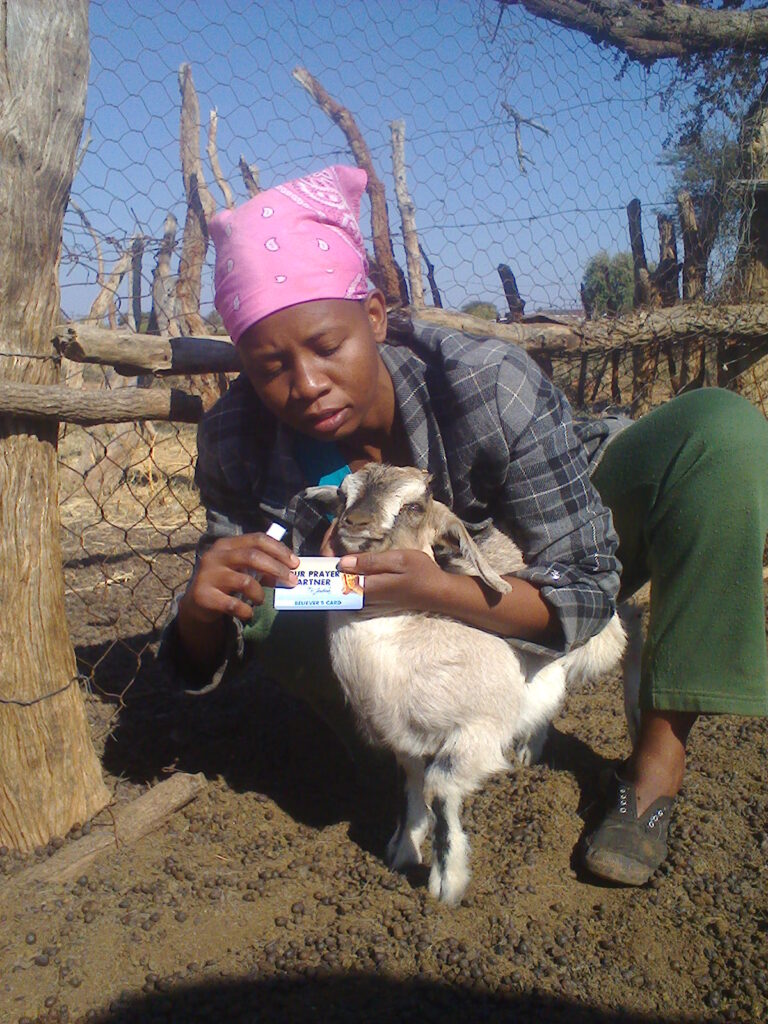 ”I am Tshepo Mokoti from Botswana. I work as a laboratory technician in a government hospital. I visited the Synagogue, Church Of All Nations (SCOAN) in January 2016 and was blessed with faith tools like the Morning Water and Sticker, which I shared with my friends, family, patients and colleagues.

One 42-year-old female patient was barren. She had fibroid and was scheduled for surgery. She told me that after she used the Morning Water and Sticker, the fibroid came out of her. I thank God for cleaning her uterus. He will also bless her with children according to His will.

My 32-year-old brother worked as a fuel consultant. He was involved in oil theft. All evidence pointed to him. He had to resign from the job, to keep from going to jail. He remained jobless for many years. During this time, I helped to look after his five children. Before I went to the SCOAN, I came across a Bible passage that says one can be forgiven if he humbles himself and confesses his sins. I asked him to write a letter of apology, which I took to the prayer line when I had an opportunity to be ministered to by Prophet T. B. Joshua. After I returned, he was employed in one of the mines. Now, he takes care of his children and helps me with family expenses.

My sister also graduated on December 9, 2016 as a Botswana police officer. She managed to pull through by using the Morning Water whenever she prayed.

I also gave some Morning Water and Sticker to my partner who was doubtful. He put the Sticker in his car and God saved his life. He had an accident in November but emerged from the vehicle without any injury.

As for me, some time in 2013/2014, I dreamt Prophet T. B. Joshua prayed for a sick goat in the kraal, and asked me to brief him about the animal’s progress. At the time, no goat was ill. This year, I went to the kraal one day and found a kid lying on the ground. It was twitching. Its heartbeat was unusual. It was gasping for breath. My grandmother said a goat that once showed identical symptoms died eventually. Quickly, I remembered the dream. I sprayed Morning Water on the animal. Its heartbeat became normal. The twitching stopped. It became stable and was soon running around. I thank God for His mercy and favour. Emmanuel!”