Breakthrough At Last For Ex-Ogboni Member!!! 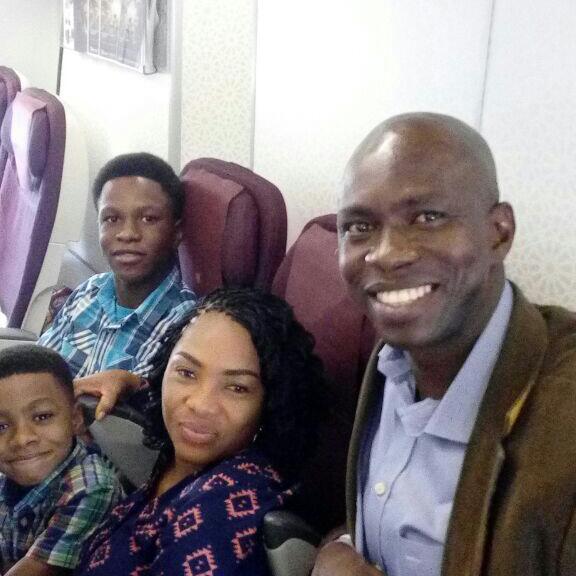 Oseikhuemen (Oses) Elimimian was weighed down by problems. He prayed and fasted. But nothing changed. “I started to think of other means, to solve my challenges,” he said. He tried to join the Freemasons but finally wound up as a member of the secretive Ogboni fraternity.

“But this did nothing; my troubles remained,” he said. With advice from a leader in the group, he began to visit herbalists, far and near. Again, rather than make any headway, “things only grew worse.”

Oseikhuemen faced stagnation and frustration in his marriage and career: “My wife had a spirit husband. She and I were always in one distressing situation or the other. I was not making progress. I owed debts, and couldn’t pay my rent. My landlord took me to court, eager to have me vacate his house. I wasn’t able to pay my children’s school fees either,” he said.

In December 2015, however, Oseikhuemen sought a solution he had never tried; he visited the Synagogue, Church Of All Nations (SCOAN). He also made up his mind to become a full-time member of the Church, and a Partner. They were decisions he never regretted. “I started attending the SCOAN in January 2016. My wife joined me because she was fed up with all that had been happening to us. From that month, things began to change!” he exclaimed.

“I usually, travel out of the country twice each year. But due to the problems, I have not been able to do so in the past three years. A friend called me. He told me he had moved his family to America and wondered what I was waiting for. I started to make travel plans. I began to minister the Morning Water every day on my passport and my wife’s, and those of our children, praying that God would make a way for me in 2016.

“He told me there was a business he wanted me to invest in. I signed up and paid. I never gave it a thought. Six months later, proceeds from the business became my life saver, and I was able to pay my rent in America!

“In March, three months after we became full-time members, we were privileged to be prayed for by the Man of God. As the anointed hands of the Prophet touched my wife, she screamed! I was happy. I knew things would never remain the same again.”

That very week, his family members obtained their American visas “even without a kobo in my account!” he testified. “The same week also, my MD gave me a two-bedroom flat in the prestigious Lekki Phase 1 area of Lagos State, Nigeria! And today, my family is in America and my children have started school!”

Oseikhuemen’s brother, who had separated from his wife, also received a Divine touch. “I kept presenting the prayer request in the church. I gave him the Morning Water to use. Now, the couple is reconciled!”