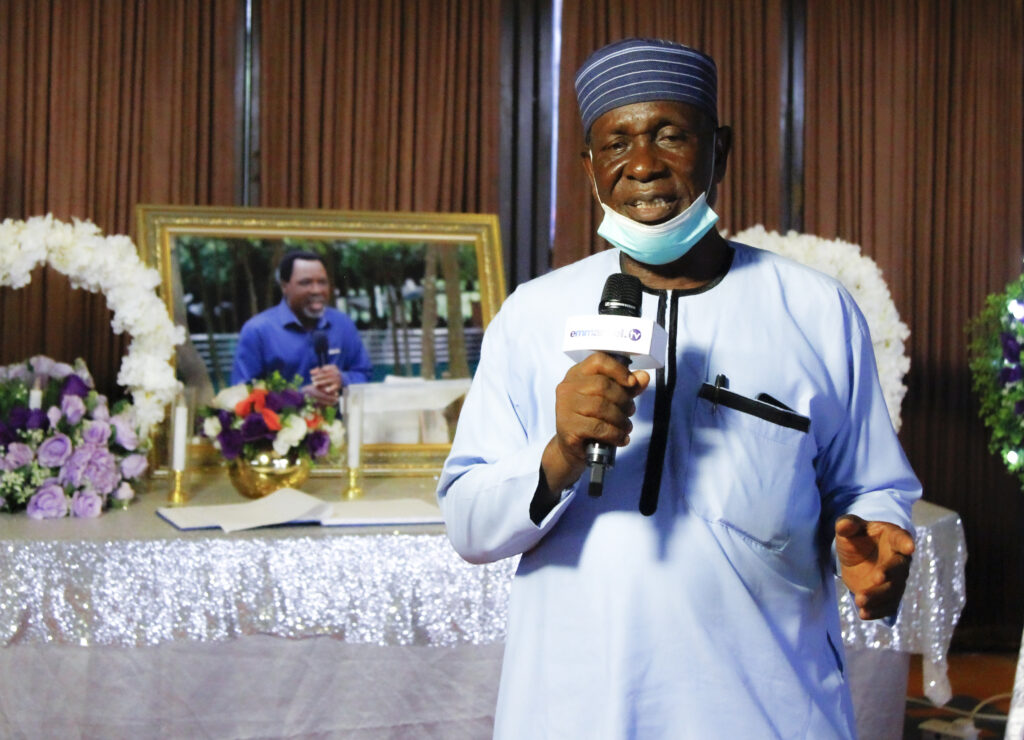 “My name is Barbara Adjani from Ghana. I have a wonderful testimony to share about my sister’s child. Omotola Mohamed was born on 12th May 2009 in Accra, Ghana by Samiratu and Murea. Omotola was very beautiful and active. She was growing well till she turned 10 months. On the 3rd April, 2010 – it was Easter Monday – the mother Samiratu (who is my younger sister) called to find out how I was doing. Later in the day around 3pm, my sister’s number called again. When I picked the phone, I said, ‘Why are you disturbing me?’ – because i wanted to rest. I heard a strange voice on the line, saying my sister and her baby were involved in a terrible accident and being taken to the hospital in Tema, Ghana. They said both would likely not survive. I don’t know how I managed to get to the hospital – I was so shocked – but as I was about to leave, my aunty Lizzy gave me just a drop of Morning Water from The SCOAN inside a a bottle of water, which I took with me.

“When I arrived, I saw people crying. They told me, ‘They are dead; a car knocked them down.’ I went to the ward where Samiratu and Omotola were laying. When I entered, the baby was not breathing at all and doctors had given up on life. I just dropped the Morning Water into her mouth and she sneezed immediately!!! I went to the mother to put a drop into her mouth but she didn’t respond. I was not worried about her though; my main concern was the baby. Although she was in coma, she was sneezing any time I dropped the Morning Water in her mouth. We were referred to Korle Bu Teaching Hospital where the baby was sent to intensive care unit – still in a coma with a report of a case of depression of the left frontal parietal bone. The brain damage was severe.

“Later we were told her brain was swollen due to the accident and she needed to be operated as soon as possible. I was still ministering the Morning Water as I was the only one who was allowed to stay with her. Sometimes, the indicator on the monitor would show red or yellow – showing how critical her condition was – but I kept praying and ministering the Morning Water. Praise the Lord! After one week we were told to thank God because her brain was returning to normal and there was no need for any operation! She was in a coma for two weeks but to God be the glory she regained consciousness. Baby Omotola is doing well and will be ten years in May 2019. Her mother Semiratu Seidu also completely recovered and even recently visited The SCOAN. Attached are pictures!