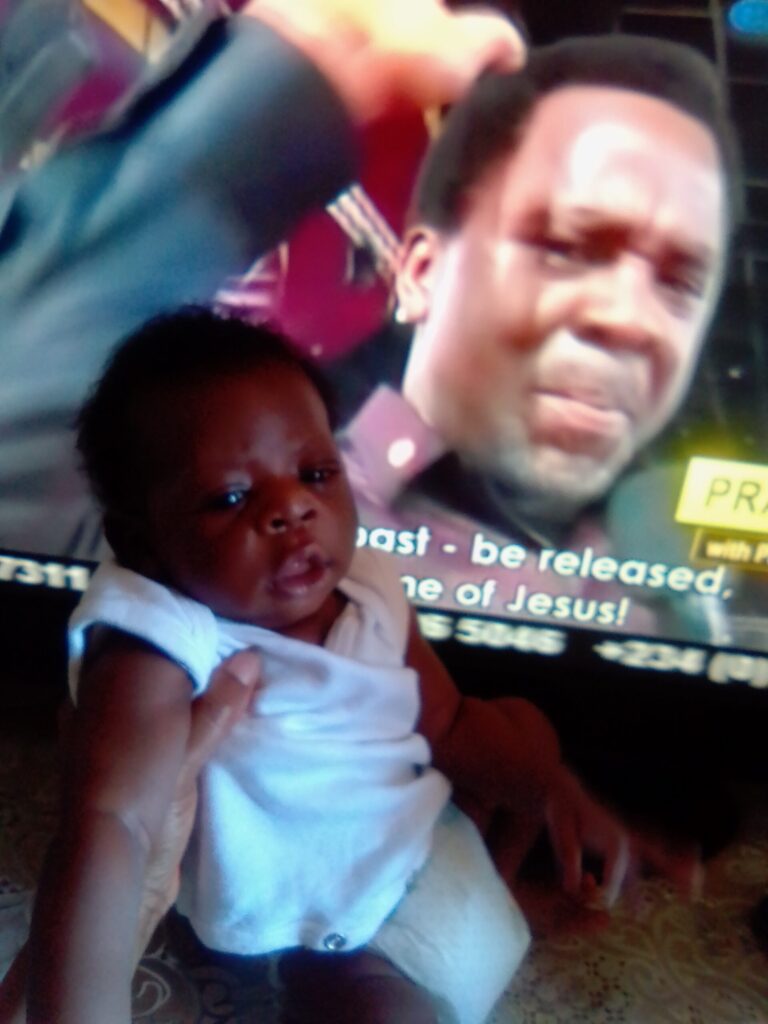 “Good Morning and Win Today! I am Fidelie Mpiana, a Congolese living in South Africa. My testimony goes like this:
I was pregnant in 2017. After t three months, I had a spiritual attack where I saw a strange man sleeping with me. On the fourth month, I went for the first scan and the doctor said he saw a spot on the baby’s heart and one of his kidneys was abnormal and in the wrong place. The second scan during the fifth month revealed the same thing – but this time the doctors advised I remove the baby as it would be born abnormal and likely have down syndrome. I cried and started praying with the man of God Prophet TB Joshua on Emmanuel TV. I would actually put my tummy on the screen and also ministered Anointing Water.

“Thank God that on the third scan, the spot was no longer there. However, they still said one kidney was abnormal. When the time of giving birth came, I was so scared but God is great and merciful! I delivered a healthy baby boy. There was no sign of disability or abnormality on any part of his body. However, a scan revealed one of the kidney’s was still too small and wrongly placed. The doctors said he did not urinate normally, he would have to undergo an operation.

“To the glory of God, the baby began urinating normally and nothing went wrong and I was discharged from the hospital. However, they said I would need to return for regular check-ups. The first year I went with him in 2018, the doctor said both kidneys were working, although one kidney was still abnormal in size. In 2019, the doctors said the same thing. In 2020, we went again and the doctor said there was no need to come again as the baby was fine and both his kidneys were normal! I thank God for Emmanuel TV and the Anointing Water because through these mediums, God healed my baby. I kept spraying Anointing Water and whenever the man of God prayed for viewers, I would place the baby on the screen! Thank You, Jesus Christ, for everything!!!”